Once upon a time, there was a fancy little two man show about comic books. One fellow liked most everything, and the other liked not much of anything – especially Superman.

Not far away, there was a lonely lad who loved Superman with the (slightly disturbing) love that a mother emu has for her … um … emulettes. He demanded Prima Noctu (until he found out JC was the bride), then demanded to be let on the show so that he could defend his primary color spangled, fanciest outside under pantsiest “Super.”

Ultimate Bob has been here ever since … Kinda.  This is his origin story… Sort of.

This week, our dynamic duo are joined in the Defenestrate Media studios by fellow fanboy Robert Easton. Jeff gives us his take on some of last week’s titles. Jon covers Action Comics #2 and notices that Oliver Queen is sprouting a goatee in Green Arrow #2. We discuss the current state of the various story-lines, how DC is screwing up with Superman, what Dan Didio’s comment that Ultimate Crisis didn’t happen means to Jon’s fanboy obsession with The Question, and the Barnes and Noble tantrum against DC’s digital deal with Amazon. All this and more right-wing frothing at the mouth over fictional characters in this week’s Hold 322! 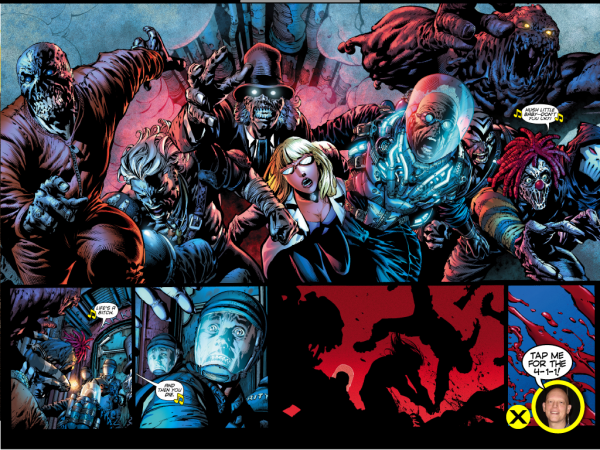 Why do they have their costumes?