Welcome to Hold 322, a weekly review of the comics in my hold at my local comic store as well as whatever I find on the shelf that looks interesting. I’m JC Carter, and comics have been a part of my life since I was 7 years old. Now, well over 30 years later, I am able to share my knowledge and insights into the world of, well, the comics that interest me. So sit back, relax, and enjoy. – JC Carter; Man About Town (with permission) 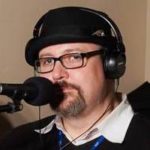 It was JC’s father, AJ, who first started him down the road of comic book fandom. AJ was functionally illiterate and enjoyed comics as they gave him a story via pictures that he could pretty-much understand, even if he couldn’t read the words. AJ bought JC his first comic book when he was six years old, and JC was hooked after that.
The local grocery store had a newsstand full of DC and Marvel comics and JC wouldn’t leave the store without at least two new comic books in his hands, even if his mother thought that 70 cents was too much to spend.
AJ was proud that his boy could read, and had JC read the comic books to him. It was a bond the two shared for as long as AJ was alive. It’s because of this bond that JC proudly shares comics with his own children, and continues to read comic books to this day.
So now, JC is your host-with-the-most! The Radioactive Professor of all things comic book! A man who has spent over forty years of his life obsessed with the sequential art form and all the stories that come from it!
Most of the time JC is a web developer, writer, editor, and theatrical director and producer. He holds certifications in Taijiquan and Hatha Yoga, and volunteers his time with Scouts BSA. He’s the father of two awesome people and has managed to stay married longer than he thought possible. For more, visit jccarter.info. 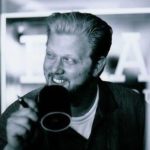 Jeff Bell is a professional writer, musician, wonk, and political consultant. He’s been working in and around politics since 1989 when he volunteered on a Price City Council campaign for free guitar strings.

Jeff is the former Democratic National Committee Communications Director for Utah, ran for Utah House 43 in 2012, and was the president of the Children’s Justice Corps, a non-profit entity that educated about sexual and physical crimes against children and lobbied for smarter, long term prosecution and punishment for offenders.

Jeff spent 3 years as the host of Left of the Dial on KSL NewsRadio, fulfilling a lifelong dream and proving that you should be careful what you wish for, because you just might get it … and it might be a giant turd. 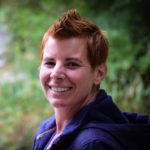 Jocelyn lives north of the wall which folks like to give her a hard time about but a cheap mortgage payment and utopia fiber connection keeps her in Davis County.
When she’s not working her desk job as a director of nursing or being a mom she can be found reading comics or consuming comics related media.
She has a severe addiction to all things Daredevil (yes, even the 2003 movie with retired Bat-fleck).
While Marvel is always her go to, indie books and Wonder Woman often find their way into her hands at her local shop. Only time and money keeps her from reading all the titles.
—————–

After figuring out at a young age that he wasn’t imbued with the powers of a radioactive spider or the all-powerful surviving member of a fallen alien race, Robert aka Bob aka Ultimate Bob aka “that guy over there” decided to focus all his energies on growing up and becoming President of the United States. In the sixth grade he was elected President of his elementary school and that was enough office holding for him. Next he wanted to become a famous movie actor but discovered you have to be handsome and talented and not afraid of casting couch shenanigans to make that happen, so he moved on from that dream too.

Now Bob is content being a podcast contributor for both Hold 322 (for which he also blogs) and the Left Show, while he pursues his permanent goal of becoming a successful (someday paid) writer. He has a slew of novels, plays, film scripts and other writing projects in the works at all times. Back in 2005 Bob also founded and still runs a community theatre group called the Around the Globe Theatre Company which performs plays around the Salt Lake area whenever opportunity and finances allow. Also known as ATG, the company has even produced an original play written by Bob, inspired by his life experiences, especially with romance and the lady folk, called Bob Juan Casanova.

Bob’s passion for a fairer, more progressive America and world is almost equaled by his lifelong love of comic books; an addiction that started at a very young age when Bob was introduced to the sequential art form by his father who had a large collection of them (mostly DC but also some Marvel, like Spider-Man) for him to read. Bob buys close to twenty new comics every month and hopes to one day get paid to write some himself. He is grateful to be able to talk about comic books every week with JC, Jeff and Thom and is glad you chose to listen in when he does.

Robert J. Defendi has worked on many projects. He was one of the writers for Savage Seas for the game Exalted. He’s done a good bit of work for Spycraft, Shadowforce Archer and the Stargate SG-1 roleplaying game. He wrote the current incarnation of Spacemaster. As the publisher of Final Redoubt press, he designed and released the critically acclaimed setting The Echoes of Heaven. He’s also done fiction for Writers of the Future, When Darkness Comes, and The Echoes of Heaven. He’s the author of the successful podcast audiobook Death by Cliche. He’s featured in Space Eldritch and Space Eldritch II.

The Future of Radio