The last of the New 52s (and some indies)

Loved Superman, Aquaman (I know, right?), and All Star Western and will talk about them in this week’s podcast.

I enjoyed Batman The Dark Knight, Savage Hawkman, Blackhawks, and Justice League Dark, which were all “set up” stories that gave me enough to be interested, but didn’t tell a complete story like Superman, Aquaman, and All Star Western. I was a little disappointed in Teen Titans because it didn’t give me as much as the others did, but I’ll stick it out with the teen-team book a bit longer. 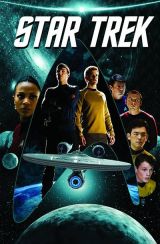 Big surprise this week was IDW’s Star Trek #1, that I’m saving for the show.

Also read Dark Horse’s Angel and Faith #2, which was good.