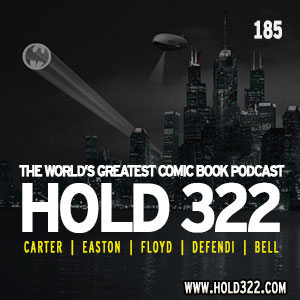 This week on the World’s Greatest Comic Book Podcast: As we prepare for Marvel’s new line of the same old thing, we learn that saying hello to Scott Allie can be very uncomfortable.  Hugh Jackman wants Tom Hardy to replace him, Ryan Reynolds stole a Deadpool suit, and Zack Snyder is in talks with HBO for a Watchmen series. In TV,  ABC is developing Damage Control (get your books on EBay, NOW), Robert Knepper is relocating to Twin Peaks, and David Ramsey responds to criticism of his new helmet.

All this and Phonogram! Face front, true believers! It’s Hold 322!