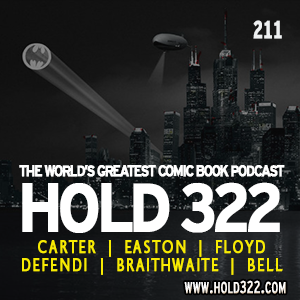 This week on the World’s Greatest Comic Book Podcast™: The Rogue One trailer has been released, and we have things to say about it. We also bid a fond farewell to Erik Bauersfeld, and discover just how cool Benedict Cumberbatch really is. On TV, Arrow gets sad. Powergirl could be in Flash‘s future. And Jeff has a Gimore Girls update. In Comics, DC’s new Superwoman is revealed, Ta-Nehisi Coates knocks it out of the Wakandan park with Black Panther #1, and you should really read Empress. We’re asked: “whatever happened to tv theme songs?”

All this and more on this week’s action-packed episode of the World’s Greatest Comic Book Podcast!