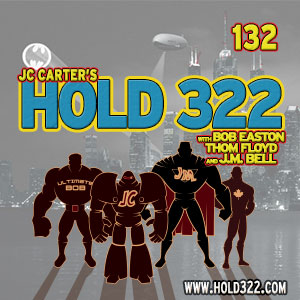 This week on Hold 322… The Mountain of Love, Bob 616 joins us in studio to discuss the power that is Chris Pratt, John Romita Jr. taking Jim Carey to task, Marvel taking care of its own, and the new Terminator movie. Warner Brothers has nine DC Comics movies scheduled… they just don’t know what they are yet, so we take a guess. We also find out why Superman Unchained is delayed. In comics we discuss Marvel’s announcement of their top 75 stories. Bob asks Bob to ask a question this week, that Jeff then changes and there was some sort of paradox and now I think Bob’s my uncle…

A Side of Links