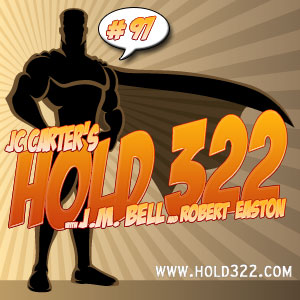 This week on Hold 322… Is Han Solo trapped on Mercury? Did IDW start a television division? Should you ask James Gunn for a Guardian’s of the Galaxy trailer? Who will play Eugene and Abraham on The Walking Dead? And did Princess Sparkle Pony get married? Since JC wasn’t able to pick up his comics this week, we give Bob a chance to talk about Nightwing and other comics he feels have been under represented on our show. Thom brings us the latest from Canada, and Bob asks: “Who’s that guy?”

All this, and a shout out from Greg Pak and Jason Aaron! Face front, true believers! It’s Hold 322!